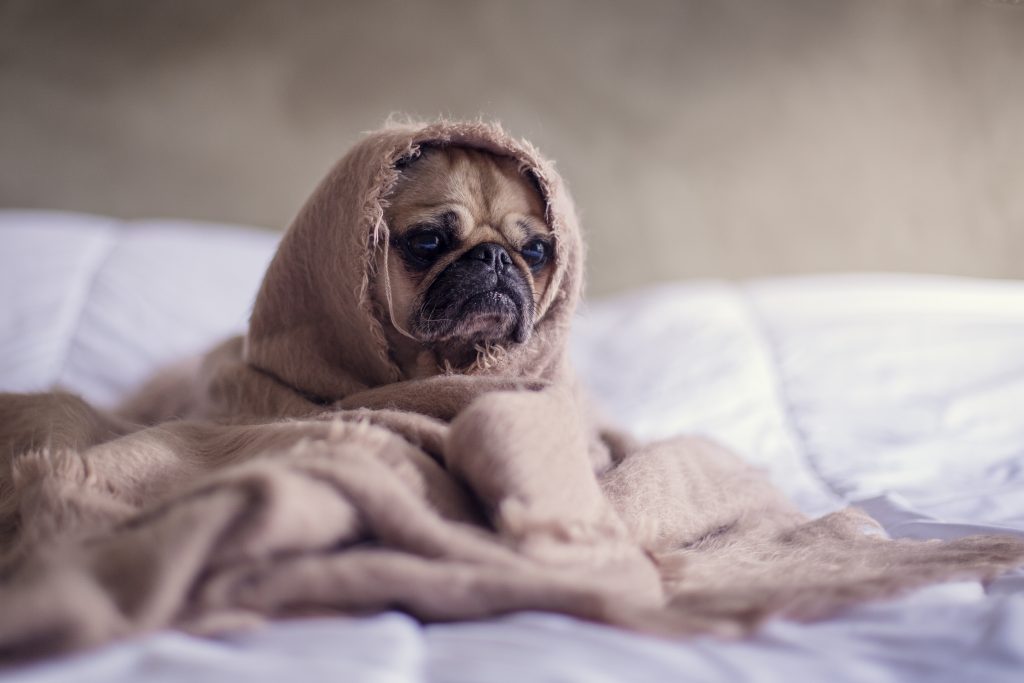 While most people think of cannabis as a recreational drug, there is a growing awareness of its usefulness as a medical remedy.

Cannabis has been shown to be particularly effective in the treatment of cancer, as it can be used to mitigate the nausea-inducing effects of chemotherapy. Having established cannabis as an effective medicine for humans, it is now quite reasonable to consider its possibilities for the field of veterinary medicine.

As with humans, dogs can be provided with cannabis to treat nausea, stimulate appetite, reduce pain, etc. but we must first ask ourselves the question: Is it safe? And if so, is it effective?

There is evidence to suggest that cannabis is not toxic to dogs. Researchers have tested the toxicity of THC (the active ingredient of cannabis) on dogs, rats, and monkeys. While dogs did exhibit certain symptoms from prolonged high-level THC dosing, there were no deaths and no real danger involved.

Symptoms included drowsiness, prostration (laying down a lot), salivation, and other mild effects. From reading this study, it seems that the dogs and monkeys just got really high and laid around drooling for a while. The rats, however, were all dead within 72 hours.

However, there is some evidence that in large amounts.cannabis and marijuana can be toxic to dogs. A study conducted by the United Nations Office on Drugs and Crime found that large doses of THC can greatly increase the levels of ammonia in the blood. It also seems to have a stimulant effect on blood sugar levels.

While there is no reason to believe that small doses of cannabis, CBD, or THC are dangerous to dogs, there is sufficient scientific evidence to warrant caution should you choose to utilize this medicine.

How cannabis oil is used in dogs

The best way to administer medical cannabis is through pure cannabinoid oils. These allow for the purest and most potent dosage, while giving pharma companies more precise control over the concentration of cannabinoids delivered. Cannabis contains over 80 cannabinoid substances, and they work better in combination with one another than they do on their own.

All higher forms of life, including humans and dogs, possess receptors in the brain that can bond with cannabinoid substances. California-based Dr. Tim Shu is the owner of VetCBD, a medical company that specializes in the veterinary use of cannabis. According to Shu, these substances may be extracted from the plant in many ways, but CO2 extraction is probably the most efficient method. Medical cannabis products for animals generally contain little to no THC — as such, they produce no psychoactive effects.

Risks and potential side effects

Cannabinoid receptors affect many things, but have a key role to play in the regulation of pain, nausea, and anxiety. Unlike many of the standard pain medications that are normally used for veterinary anesthesia or pain relief, cannabis products carry no lethal risk, and little to no risk of addiction. Furthermore, many standard pain killers for dogs contain substances that are dangerous to the liver, kidneys, and gastrointestinal tract.

That being said, it’s important to avoid an overdose. Cannabinoid overdoses are very bad for a dog, and can result in a level of sedation well beyond what is considered normal. Dogs that seem unwilling or unable to stand or to eat may be suffering from such an overdose.

Further, it’s important to understand when and how to administer dosages. In the event of a dog surgery for example, an owner may be inclined to give their dog a dose of cannabis prior to their surgery in order to ease the pain. However, situations like these can lead to complications with anesthesia and the surgery itself.

Although a very large does is required, it does appear that dogs can be killed by an overdose of cannabis. The amount of plant material required for such an overdose is far more than any dog would ever be likely to eat. However, concentrated products such as oils carry far more risk, which is why it’s so important to consult with a veterinary professional who you trust before considering this type of treatment for your dog.

There seems to be little doubt that cannabis is effective in the treatment of nausea, loss of appetite, mild to moderate pain, and anxiety. Unfortunately, a lot of the research on this subject remains to be done. The medical establishment seems unwilling, in many instances, to consider marijuana as a viable treatment option.

As an owner the most important thing is to be well-read on the topic and unafraid of consulting your vet whenever you have a question regarding your pet’s health.

Updated, December 2019. As an Amazon Associate I earn from qualifying purchases.