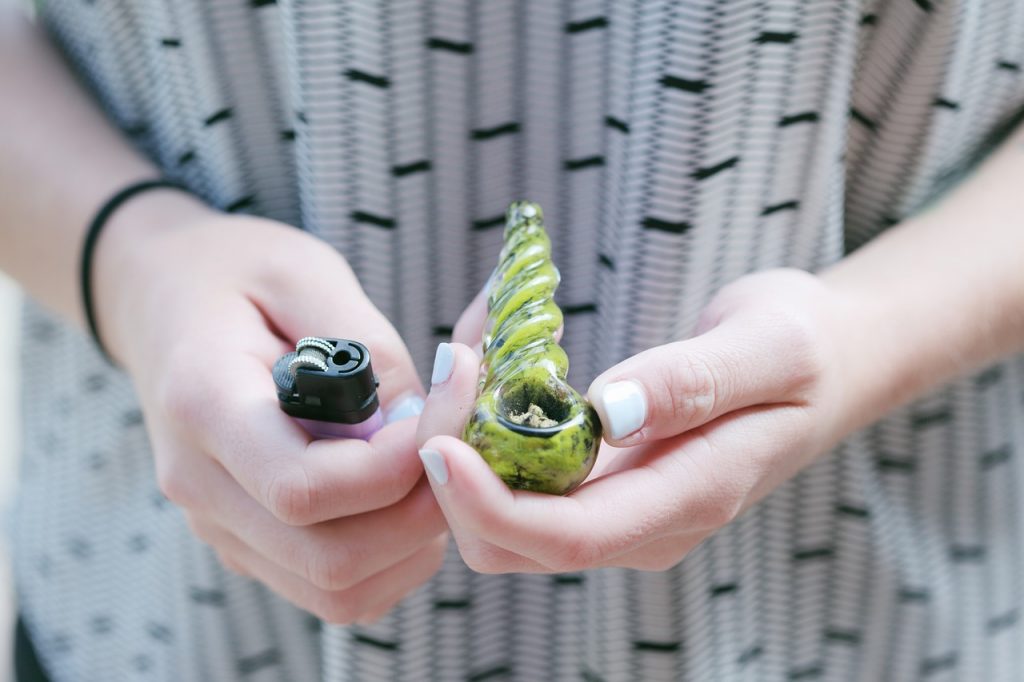 As a young woman who smokes her fair share of weed, I can’t help but feel concerned about the purported risks associated with cannabis consumption — especially when it comes to female reproductive health concerns.

Of course, there are numerous ways of indulging in cannabis without actually puffing it. For instance, THC gummies are legal to purchase online, making them increasingly popular. With a steady increase in products available and jurisdictions around the world moving towards legalizing the consumption of cannabis, new questions concerning the effect the drug has on health and fertility are beginning to arise.

While cannabis and cannabinoid products like these delta 8 THC edibles are often touted as a cure-all for practically everything, be it chronic pain, insomnia or even certain varieties of cancer, they are perhaps not quite as innocuous or benign as some would have you believe.

Of course, one of the primary reasons why there’s still any question at all with respect to cannabis and its impact on health is due to the lack of serious scientific research conducted on the drug to date, this being one of the more negative consequence of it’s prohibition over the last century.

As it happens, however, in recent years more than a few studies have been conducted to better determine the effect cannabis has on fertility in particular. Under ideal circumstances these studies could be very enlightening, except for one thing; they haven’t all arrived at the same conclusion. Some studies suggest cannabis encourages fertility, while other studies have concluded just the opposite.

Of the studies investigating the impact cannabis has on fertility, several have determined that the drug inhibits the female libido. This is consistent with anecdotal evidence provided by females who ingest marijuana on a regular basis.

Further, there is some evidence to support the claim that long-term use of cannabis use may encourage a decrease in fertility, however, this only applies to people who imbibe on a daily basis. For casual users, no significant decrease in either libido or fertility has been registered.

Nevertheless, while there isn’t enough scientific evidence to fully support the claims, doctors generally advise their female patients to refrain from ingesting cannabis while pregnant. The concern is based on the apparent risk of the fetus potentially developing abnormalities as a result of it’s exposure to cannabis. It’s a classic example of the “better safe than sorry” school of medicine.

What about those sperms cells?

For years, fertility and the ability to conceive has largely been put on the shoulders of women however, with the rise of fertility treatments it’s become apparent that male fertility plays as significant of a roll and can have as many complications.

Cannabis hits both males and females with the same level of intensity and is believed to affect the libido’s of all genders equally. The theory goes that with a reduced sex drive, incidence of sexual intercourse become less frequent, which in turn theoretically results in fewer babies being born. It’s a bit of a stretch to claim this is all the result of cannabis consumption, however, a link has been established.

Other studies have concluded that the frequent use of cannabis leads to a reduced sperm count, and apparently even impotence in some extreme cases. Given the boldness of the claim, there is precious little research to fully support the findings.

One physical effect cannabis consumption presents in some men is an inability to ejaculate. This not only causes physical distress, but can lead to potential emotional pain as well.

There have been studies conducted to document the abnormal function of sperm when a man is under the influence of cannabis. Apparently, when cannabis is in the bloodstream, sperm tends to move in a hyperactive fashion and as such exits the body much faster. However, this hyperactivity wastes a lot of the energy that is stored in semen, thereby making it harder for sperm to reach the egg and begin the process of fertilization.

As mentioned earlier, doctors generally advise women to avoid consuming cannabis during pregnancy and in the period immediately leading up to it. It’s also generally advised that parents refrain from smoking cannabis in front of their children to protect them from any potential damage caused by second-hand smoke.

Second-hand smoke has always been considered harmful, not just for children but adults as well. A child’s system simply isn’t accustomed to this level of toxicity and is likely to react harshly as a result of this exposure. Moreover, many people tend to mix cannabis with tobacco, creating an additional threat to children subjected to second-hand smoke.

The bottom line: while it’s true cannabis likely offers many benefits in the treatment of a wide range of disorders, those who consume it regularly should be aware that it also contains harmful properties, and take this into consideration before indulging in its use.

Updated, December 2019. As an Amazon Associate I earn from qualifying purchases.